Adedoyin Abe graduated with honors in 2018 and is now part of Dr. Min Zou's research team.  In 2014, she moved to Fayetteville, AR for college from Lagos, Nigeria.

Adedoyin joined ASME’s Petroleum Division Collegiate Council to learn about an industry that fuels her country’s economy and now serves as the University of Arkansas council representative,  at the national level.  Adedoyin is also a member of other organizations including Society of Women Engineers, National Society of Black Engineers and CEO Global.

Abe has also served as an intern for No Woman Left Behind, a College of Engineering student ambassador, and as a manufacturing intern at Alan Davies Technical Company. 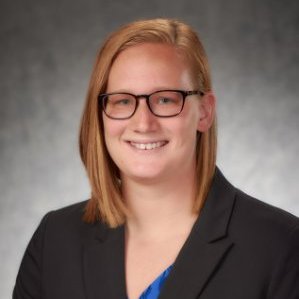 As a mechanical engineering undergraduate student, Madeline also swam on the University of Arkansas Swimming and Diving team and currently holds the record in the 200 and 400 freestyle relays, while maintaining her spot on the SEC Academic Honor Roll every semester.

Having always had a passion for math and science, Madeline selected mechanical engineering as her major during her first year at the University of Arkansas.  “I learned that Mechanical Engineering is the broadest of all engineering majors, so I decided to pursue ME because of the vast options and specialties it offers,” said Monroe.

Currently, Madeline is a Project Engineer at Counsilman-Hunsaker & Associates in St. Louis. 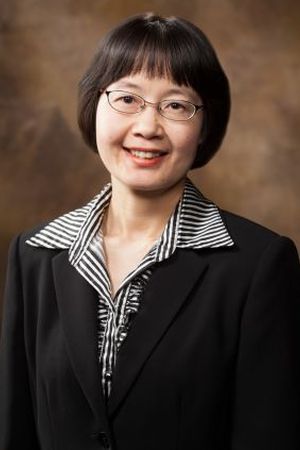 Dr. Zou’s research has lead to 81 peer-reviewed publications, 82 conference presentations, 3 book chapters, 2 patents and 3 pending patents. Her research has been recognized by many awards, including the Al Sonntag Award (2013) and the Walter D. Hodson Award (2001) from the Society of Tribologists and Lubrication Engineers (STLE), the best poster award (2013) from the Institute of Electrical and Electronics Engineers (IEEE), the Best Paper Awards (2007 and 2008) from the the American Society of Mechanical Engineers (ASME), the CAREER Award (2007) from the National Science Foundation (NSF), the Ralph E. Powe Junior Faculty Enhancement Award (2005) from the Oakridge Associated Universities (ORAU), and the Science and Technology Advancement Award from the Ministry of Aeronautics and Aerospace of P. R. China (1993).

Dr. Zou directs the Nano Mechanics and Tribology Laboratory (NMTL) at the UA. Her current research interests are in the areas of nano-surface-engineering, nanotribology, and nanomechanics. Her lab has developed a variety of nano-engineered surfaces (NESs) – surfaces engineered with nanoscale topographies and/or chemistries, to reduce friction and wear in tribological applications, to change surface wetting properties for anti-fogging and self-cleaning in a variety of applications, including application on solar panels, and to facilitate cell adhesion or provide antimicrobial property in biomedical applications.

Prior to joining the Department of Mechanical Engineering at the UA in Fall 2003, Dr. Zou was a Staff engineer at Seagate Technology, where she contributed significantly to the cutting edge computer hard drive head-disk interface tribology technology development. Dr. Zou’s doctoral research in the area of real-time monitoring and control of contact between the mechanical seal faces has won the STLE Walter D. Hodson Award.